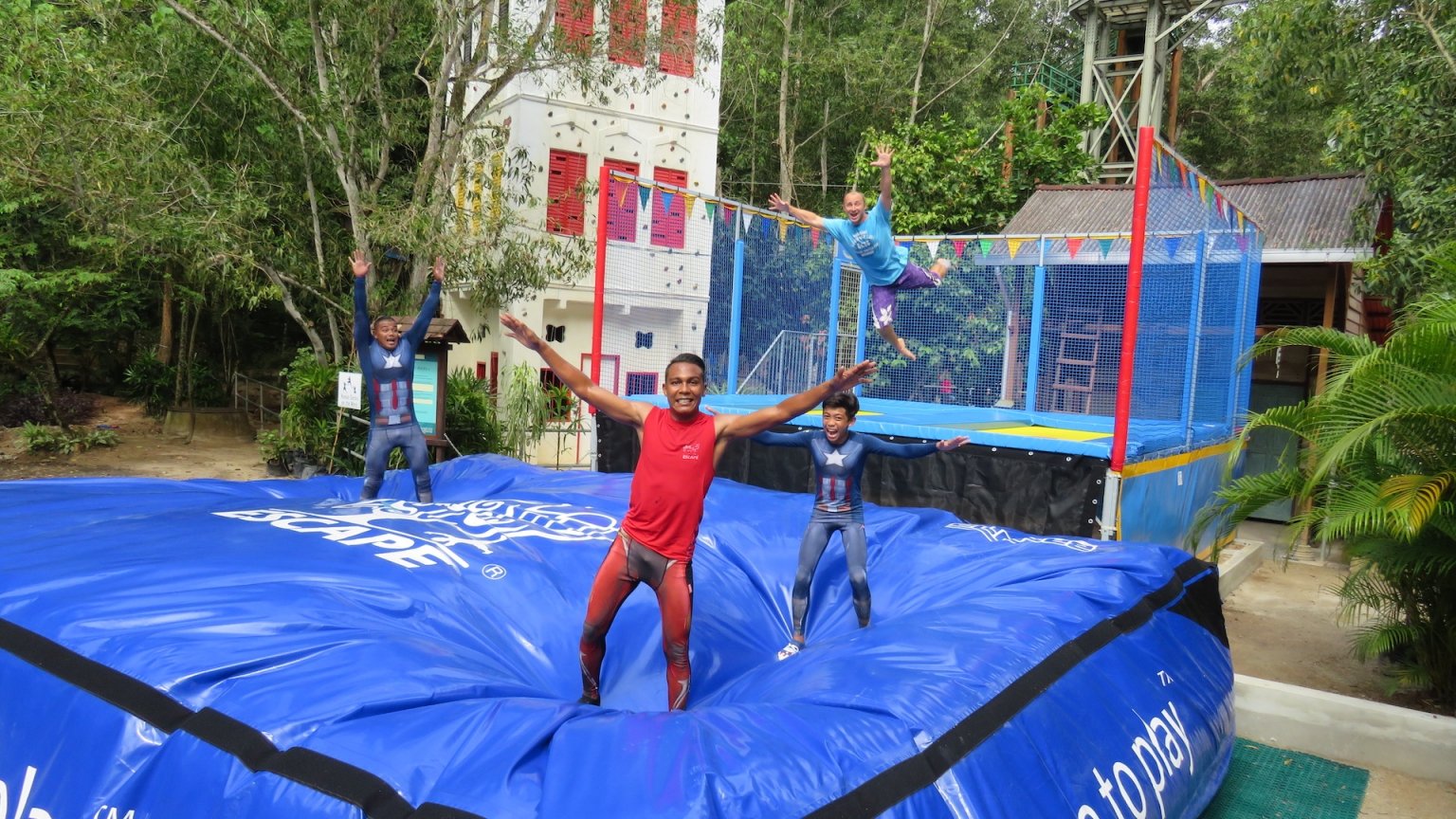 In amusement parks the thing that pays the most is to give the public a dynamic and adrenaline attraction. After long thinking about how to make the attraction more pushed, we found the best combination for a professional trampoline like ours, and therefore, from the collaboration with the best companies in the world for the production of airbags, our new Trampoline Airbag Station.

The idea of placing an inflatable on the trampoline may seem simple, but it is not. In fact, this airbag is developed to integrate perfectly with our trampoline, without leaving a gap. In addition, the inflatable is specially designed to accommodate 2 or more jumpers at the same time in total safety, that is, so that the first one does not overhang the second and vice versa.

The business model is also designed for unique versatility and pushed monetization, superior to just the trampoline. Thanks to the presence of the airbag, the time of a lap is greatly reduced (to just 20-30 seconds), so it is possible to serve 40 people in just over 5 minutes with a 3-seater trampoline.

This allows a dual monetization strategy to be implemented. In the first instance, you can charge a reduced amount for the single lap, lasting 20-30 seconds. After doing this, if the user liked the attraction, then it is also possible to implement a broader strategy, that is to charge a high price but to allow an equally large time, which can vary between half a mile. hour or even hour (40-45 minutes recommended).

Here are the best models for this purpose...

Some real models to take inspiration from...